No Ground Error on Startup

started a topic 3 months ago

During the self-tests there is a message that says error no ground error and then i hear an audible click and that is all.

I am using an adapter to go from the 14-50 to a standard 120v. For reference i'm using this adapter https://www.amazon.com/dp/B09G4KSRDR?psc=1&ref=ppx_yo2ov_dt_b_product_details.

Before i go through the return process, i wanted to check in as everything i've found suggests this should work for Level 1 charging.

The OpenEVSE station will work with either L1 or L2. The adapter looks okay as it is wired for EV.

The No Ground error can either be caused by an actual missing ground from your power source or a "False Positive" if the relay does not close.

The relay may not close due to a mechanical blockage from a wire on the side of the relay (hinge stop) or the top contacts. Additionally, it can be electrical, if you hear a click the electrical wiring sounds okay.

If there is nothing mechanically blocking the relay from closing, here is a guide to increase relay hold power.

Thank you for your reply, there is nothing blocking the mechanics inside the EVSE, and i'm unable to follow the second part of the suggestion due to it not booting far enough to allow connections over wifi. Not sure if I should return this as it may be faulty, or if you have any other suggestions.

WiFi is available anytime, even if the station is in an error state. WiFi is completely independent of the station controller.

Can you attach a photo inside your station? The station is not faulty, either there is a bad earth ground which your station is properly identifying or for some reason the relay is not closing (we just need to determine why).

I've attached a photo and a video of the behavior, i know it shouldn't be open when operating, but wanted to show what was occurring. I've also tried multiple times and there is no broadcast happening for the SSID of the wifi module

We received your return and the OpenEVSE kit as you built it operates perfectly on both 240v L2 and 120v L1 (with EV adapter). The "No Ground" message you received was very likely telling the truth. Somewhere between your adapter, socket, breaker, panel, earth rod there is likely an issue that should be investigated.

If you were trying to operate OpenEVSE on an alternate source such as a generator, it is possible to run without a ground by simply turning off the Ground Monitoring safety feature. 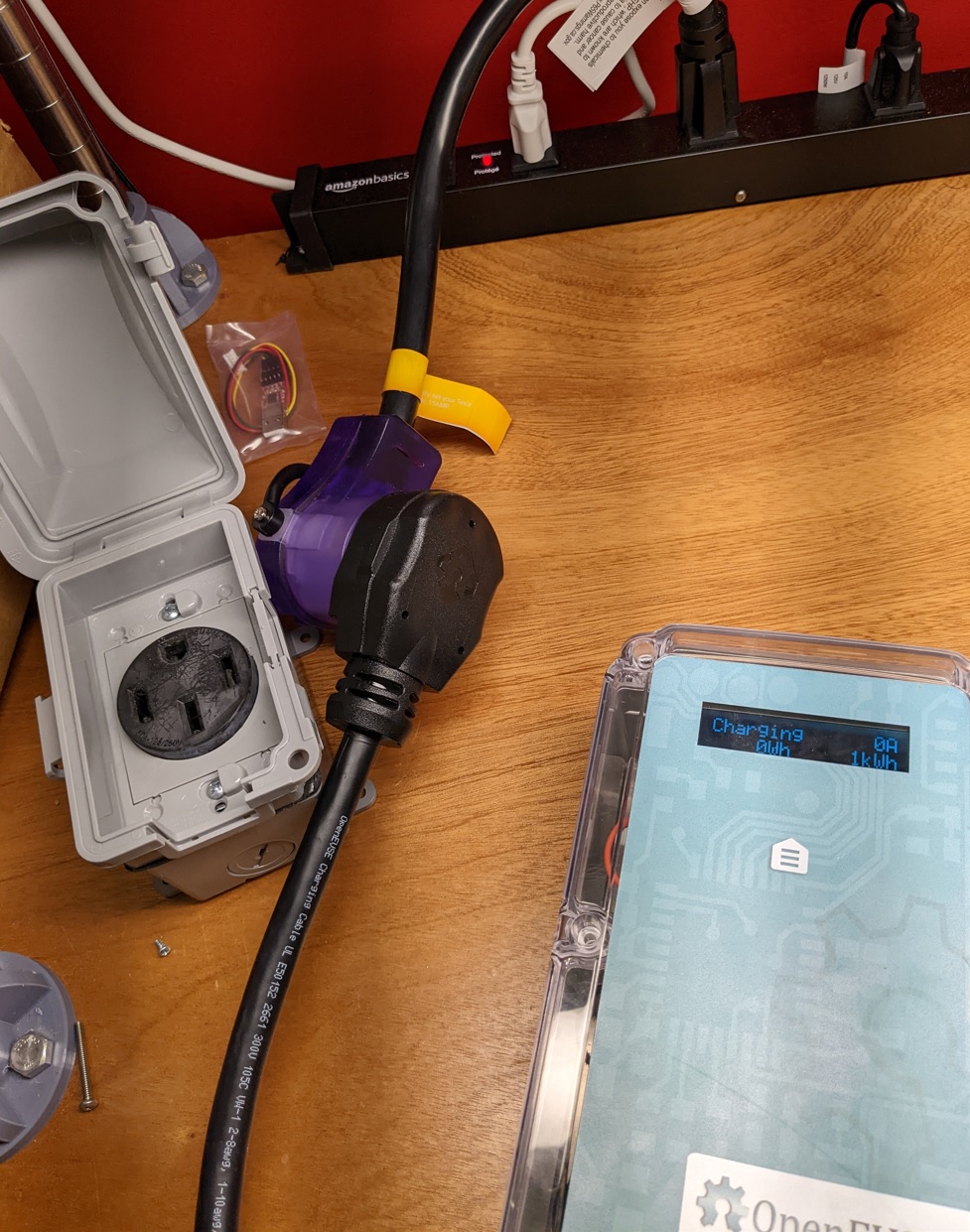