started a topic over 3 years ago

I finished building a new 40A ultimate kit.

I powered it up with programmer to set the contrast.  Closed it up with one screw and powered up with AC (without setting any other menu options).

The first time I powered it up the relay clicked and it came up as L1.  I configured it to L2, enabled the GFCI, set max amps to 24 (its on 30 amp breaker) and rebooted.

Connect to car (ford cmax energi), the light ring dances (it sees the charger), the relays under the hood click (normal for this car), then .. nothing (relay in charger should click now).  Attempt to start car with charger connected it sees the charger and doesn't start (as its supposed to).  The OpenEVSE has green screen and just says ready.  Checked that the timer is disabled.

I power cycled it and connected/reconnected several times without success.  Googled forum and found issues are often pilot related.  Disconnected everything, opened, took purple pilot line off terminal, and did continuity test between the purple wire and the CP pin in the handle.  Continuity is good.  Checked continuity between ground and the two hots in the handle vs the corresponding screws on the ground bar and the output side of the relay and found all are good.  Put the pilot line back into its terminal block.

Next check the signal between the pilot line and ground at both the handle and the terminals.  Using DC mode on DMM, I see 5.8V at both locations.  OK its supposed to be a square wave at 1Khz.  Now try AC mode on the DMM, and see 12V AC.  Seems reasonable per http://www.rfcafe.com/references/electrical/square-wave-voltage-conversion.htm.  .  However, I did configure it for 24A which means it should have duty cycle of 40%.  Thus I believe I should expect 0.4*12 + 0.6*(-12) = 2.4V on DC scale.  The screen does say 24A and L2 so might be barking up wrong tree.  Finally I see 0VAC at both the relay trigger terminals and the relay output terminals (which is expected,  unless the car is actually charging).

Another interesting observation is that it clicked first time(s) I powered it up but no longer clicks.  Yet, it doesn't find an error on boot.  The POST section in https://openev.freshdesk.com/support/solutions/articles/6000052070-theory-of-operation tells me it should click on power up.

The car charges (after the failed attempts with openevse) using both its included L1 and a public semaconnect (which I believe is 208V).  Nothing wrong with car.

Anyone have suggestions on how to further debug?  What is the safe way to test the relay (since there is no click on boot)?

The clicking at boot is when Service Level is set to "auto" and the station is trying to determine Service Level. Setting to L2 disables the check so it will not click at boot.

Measuring Pilot to ground should read 12V DC. The pilot does not start until the voltage is pulled down to 9V.

Can you send a picture of your build? The most common causes of this are missing a ground connection from OpenEVSE board or connecting pilot to the top pin (block with GND - Pilot  -  IEC Proximity) instead of the middle. 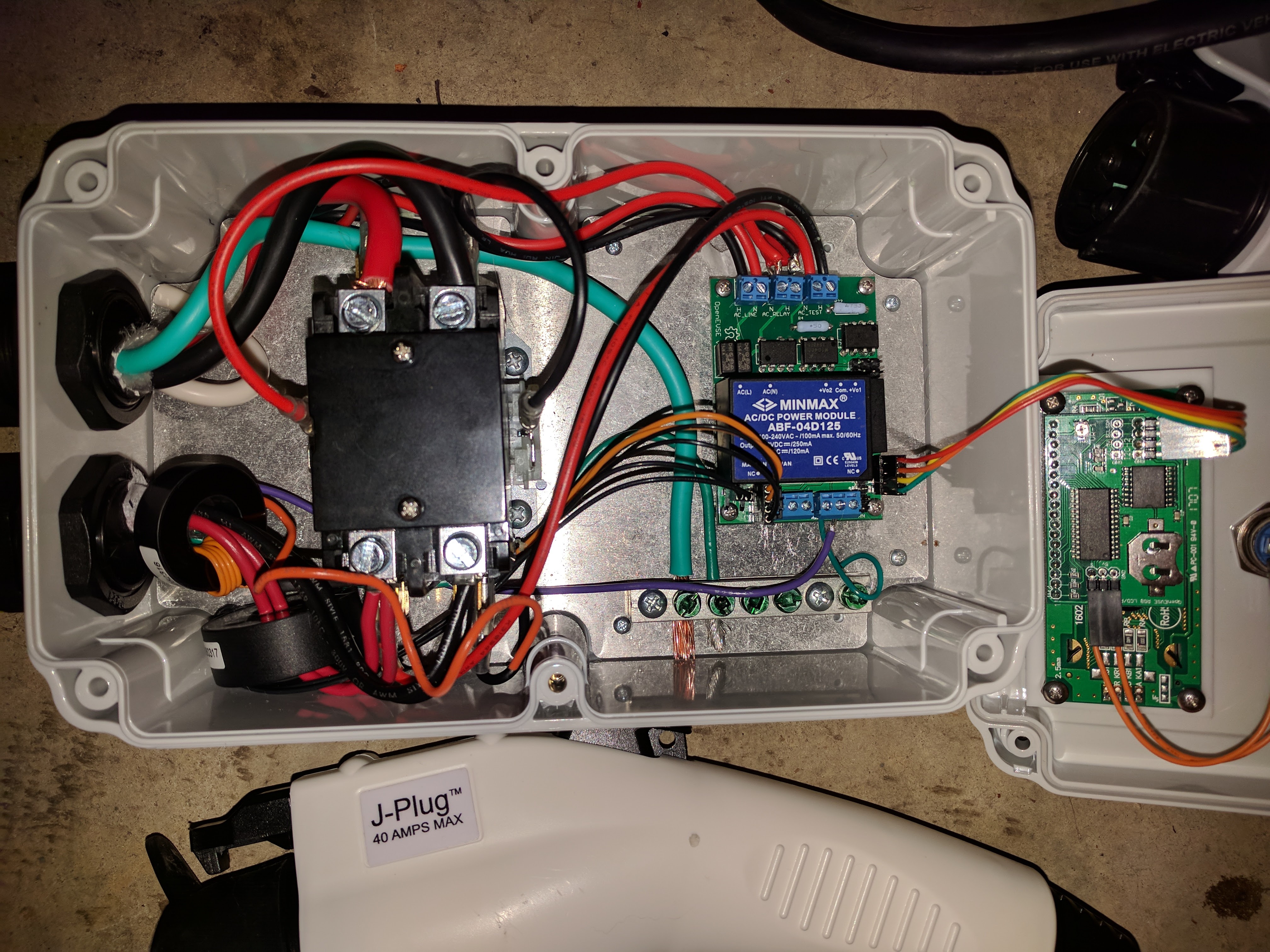 said over 3 years ago
I attached some pics yesterday.  Forum seems to still be waiting for moderation.  Here are some more.

12.0vdc on working L1 charger.  This is exactly what you said is expected in a working case. 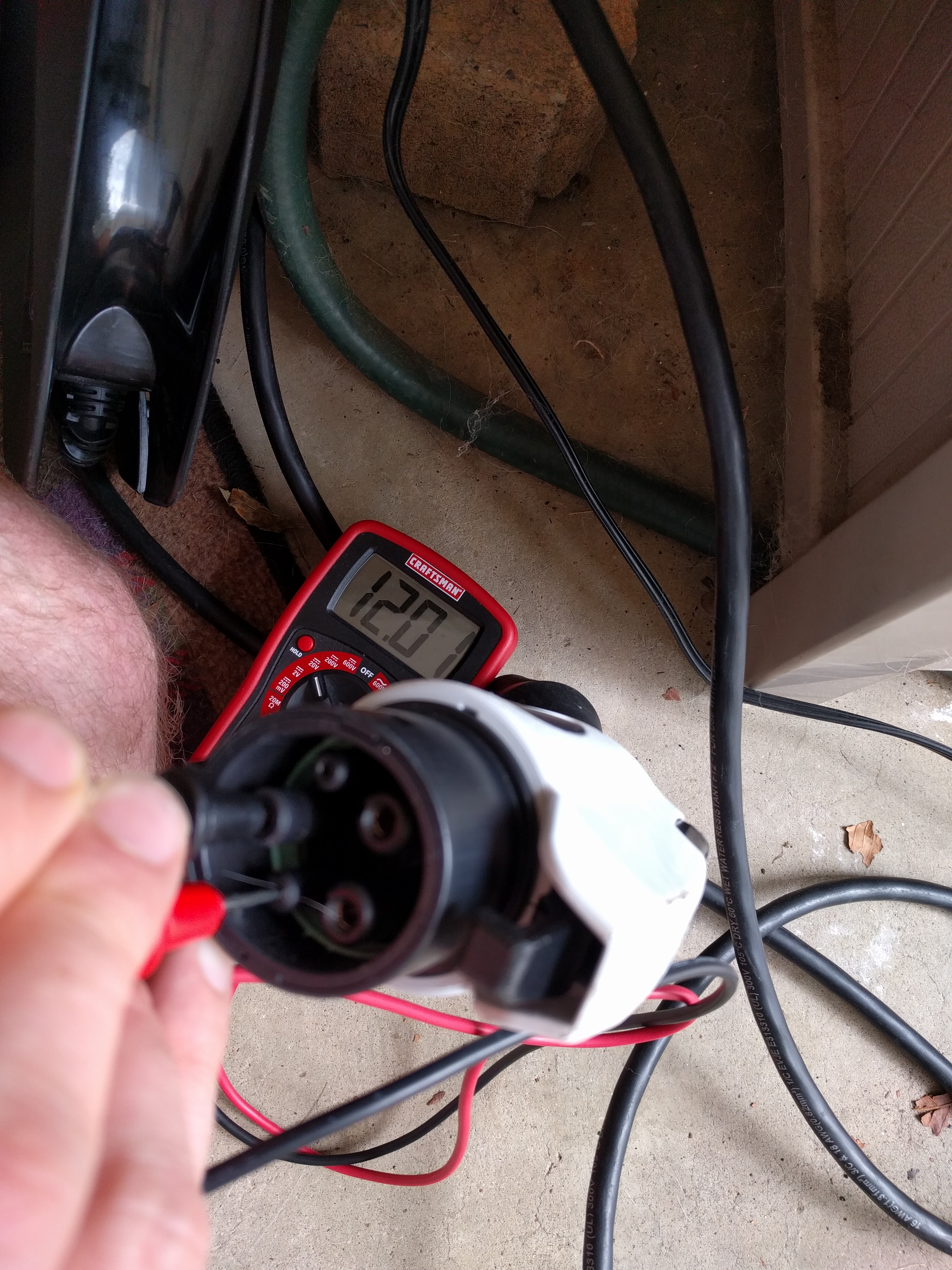 Now, here is the openevse with handle disconnected (ac & dc).  Notice purple wire in plastic screwhole (keeping it away from shorts). 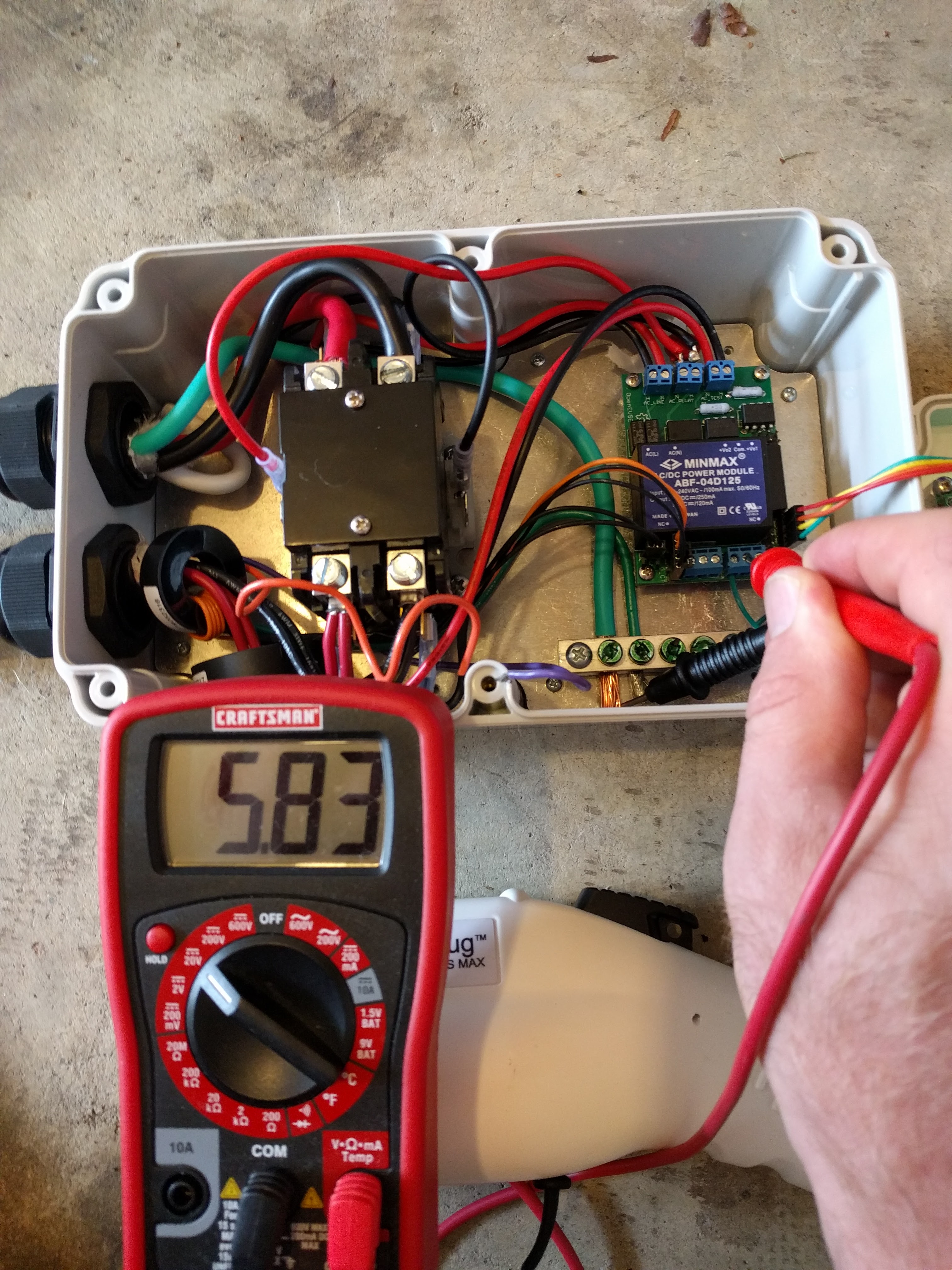 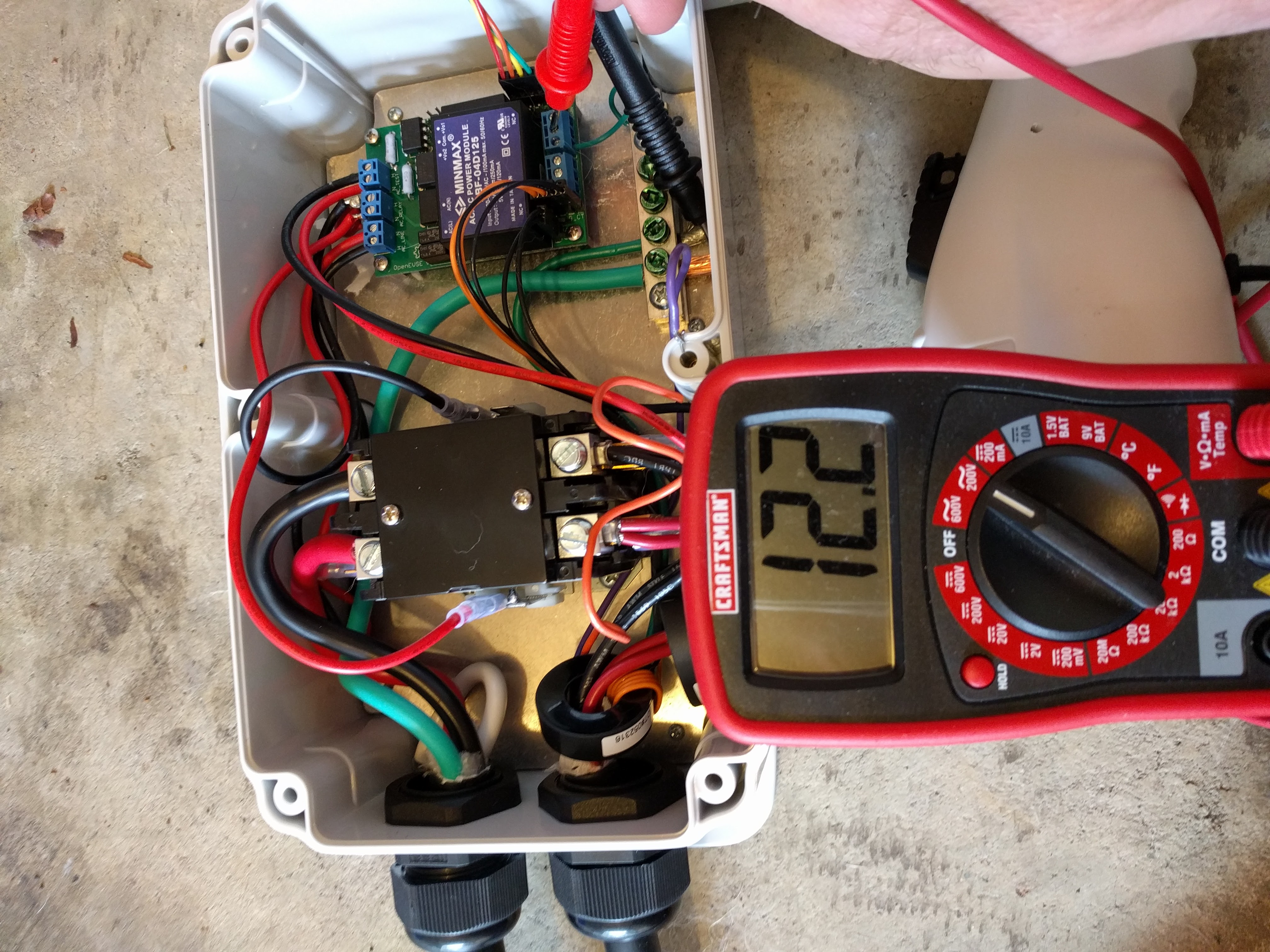 Now with handle connected (and sitting under the meter, not plugged into a car): 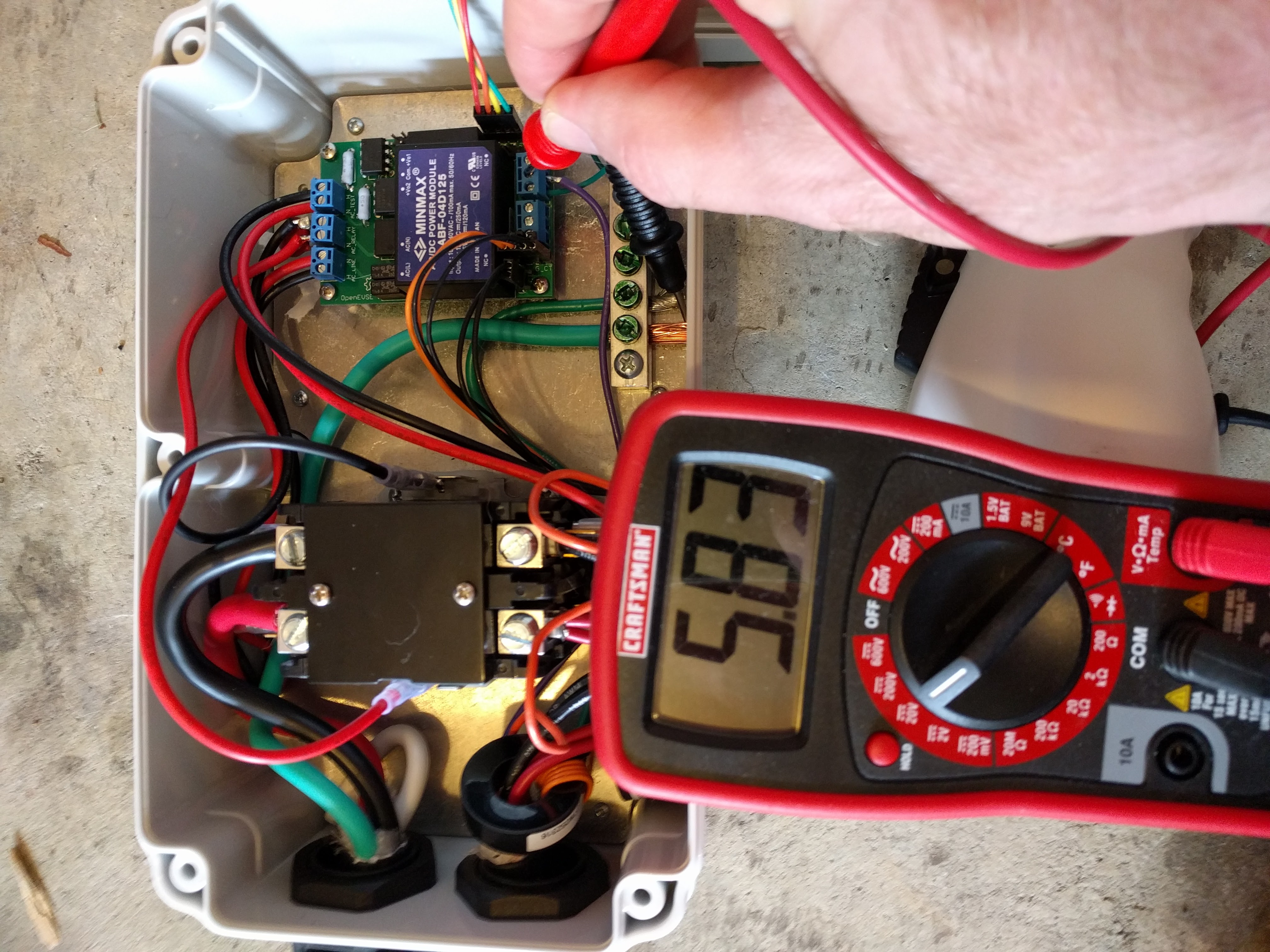 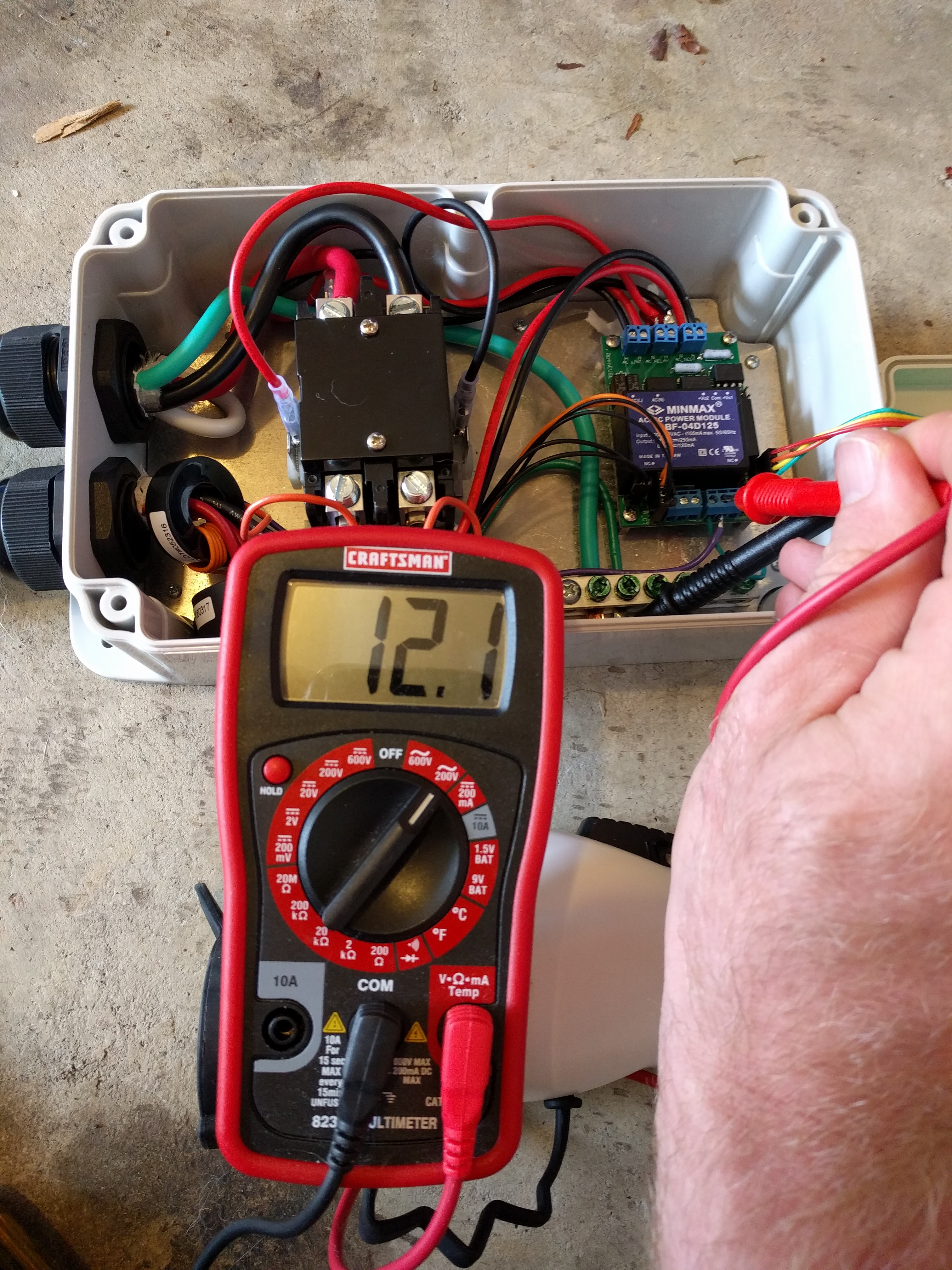 I believe I can safely conclude the following:

You build looks just fine. The measurements do not look right... I have sent you a replacement controller. It is already in the warehouse for processing so it will ship today.

Great customer service.  I just got a good picture of bottom side of the board.  It looks like R7 is bridged by a strand of wire, or glop of solder.  From schematic R7 is part of the pilot read circuit which could make it think "car present" even though its not. 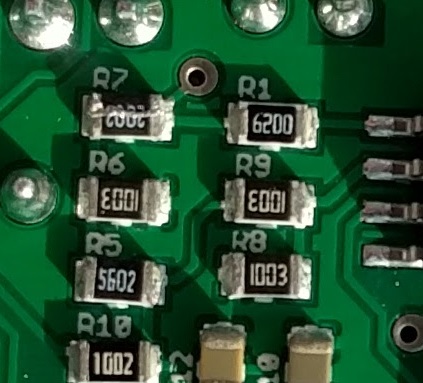 said over 3 years ago
Removed the glop and it works!

said over 3 years ago
As it works, should I refuse or otherwise return the replacement controller?

Yeah, if its not too much trouble. Refuse the shipment and it will be sent back.