started a topic almost 7 years ago

In the latest issue of Charged EV Magazine (January/February 2016) there is an article about a large deployment of Level 1 charging. I read the article shaking my head the whole time, I feel trickle charging is too constrained and not creative enough given the technology we have today. I absolutely agree infrastructure is cost prohibitive for large deployments of Charging Stations and work must be done to increase the number of charging stations while reducing the infrastructure cost burden.

Over at Caltech in Pasadena California they have solved the exact same problem in a very different way. They are in the process of installing 54 80A Charging Stations, 38 are currently online. Wow that is over 1,000,000 watts, that would cost a fortune to bring in that much power... Caltech students, alumni and professors came up with a better way... Caltech developed an adaptive algorithm to schedule resources among the charging stations by sending command to OpenEVSE controllers. not all EVs require 80A... not all spots will be occupied... some spots will be occupied by non-electric vehicles... some vehicles will finished charging ... some may only need a few miles... The load is split between 2 150kVa (about 300kW) transformers, current sensors monitor the load on each station and servers schedule resources. The current is dynamically allocated to vehicles based on need. On a touch screen display, users can identify the vehicle type, how long they will be parked and how many miles need to be added to reach their destination. The proper resources can be provided to ensure each driver receives the needed energy. The Caltech team also came up with a cleaver way to allow general parking while ensuring some spots are dedicated to EV charging. Each Charging station has an ultrasonic sensor which provides the system with the status of the spot (space occupied - not charging, space occupied - charging, space open). If too many spots are occupied the displays of the remaining charging stations will change to "Electric Vehicle Charging only" ensuring some of the 54 spots will always be available.

Smart use of infrastructure will accelerate proliferation of charging stations, Level 1 trickle charging is just too limited to provide significant value. Adaptive throttling solves the same infrastructure cost problem while allowing great flexibility and maximum use of available resources. some users can charge very fast while others can charge at much slower rates. These 54 charging stations at Caltech should provide researchers tons of data and serve as a model for future large scale charging deployments.

If you are in the Pasadena area it is worth checking out, it is amazing to see charging stations in every direction...

said over 5 years ago 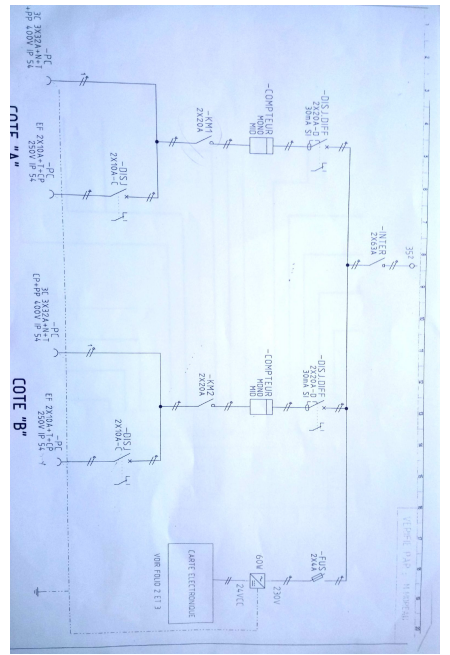 I need your help. I am in France we have a charging station with plugs type 3.

I want to make my own charging station in quick charging 32A.

What components to buy and type of EVSE card to operate my terminal with plug type 3?

I attach the wiring diagram that I have for the charging terminal.

Thank you for your help.

said about 4 years ago

Wow, this is really cool.